A CRITICAL REVIEW ON MANAGEMENT OF ARSHA (HEMORRHOIDS) IN AYURVEDA

The Shalya tantra, a prime branch of Astanga Ayurveda is rich in much aspect of modern surgical concepts. Sushruta elaborately described the advances of the Tantra in various Ano-rectal diseases, as Arsha is one among them. The term ‘Arsha’ is derived from “Ru Gatau” Dhatu with the suffix “Asun”, gives the meaning of as violent as enemy. It is the commonest ano rectal disease and affects anyone at any time. In Ayurveda, the sufficient descriptions are described regarding etiology, pathology, symptomatology, types and management or treatment measures of Arsha. All the classics of Ayurveda enumerate that the present sedentary life style, irregularities in food intake, taking junk, spicy, non-fibrous foods, inactive occupation and mental stress etc., are causative factors for ‘Arsha' (Hemorrhoid) and that leads to hypo function of digestive enzymes, which in turn leads to constipation, itching, burning sensation and pain in the region of Guda and finally bleeds and thus Arsharoga originates. Acharyas described various Chikitsa modalities of Arsha critically for prevention and cure of Arsha along with avoiding causative factors (Nidanaparivarjana). Acharya Sushruta has described four dimensions of the treatment for Arsha, all these are applied on the basis of Dosha involvement and stages of Arsha like Bheshaja Karma, Shastra Karma, Kshara Karma, Agni Karma, similarly Snehana, Swedana, Vamana, Virechana, Asthapana and Anuvasana Basti for Vataja Arsha, Virechana for Pittaj Arsha, Aharadravya mixed with Sunthi and kulatha for Kaphaj Arsha and Shamana Chikitsa for Raktaj Arsha etc. 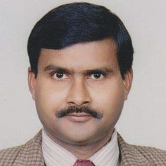