Bindu (dot/spot) which is bulged up resembling water, white like flour of rice and round in shape is known as Pistaka. Acharya Sushruta is described Pistaka is Ashastrakruta vyadhi in Sushruta uttartantra 8 chapter 9 sholka. In Astanga Hridaya uttarsthana Acharya Vagabhatta has told the Pistaka is Sandhigata vyadhi. Pinguecula is an extremely common degenerative condition of the conjunctiva. It is characterized by the formation of the yellowish-white patch on the bulbar conjunctiva near to the limbus. Inflammation of Pinguecula is called as Pingueculitis. It is characterized by pain, redness, watering and foreign body sensation in eyes. Pinguecula is found in the nasal and temporal limbal conjunctiva. The etiology of Pinguecula is not known but it’s found those person are work in sunlight, populated environment like wind, dust, soil etc, the majority of this disease is occur, people who lived in hot and dry climate. Symptoms of Pinguecula can be correlated to sign and symptom of Pistaka. The histological picture is very similar to that of pterygium and hence is considered to be its Precursor. If inflamed Pinguecula untreated leads to inflamed pterygium. Hence there is a need to find safe and effective medicine. Signs and symptoms of Pishtak can be correlated with Pingueculitis or Pinguecula. 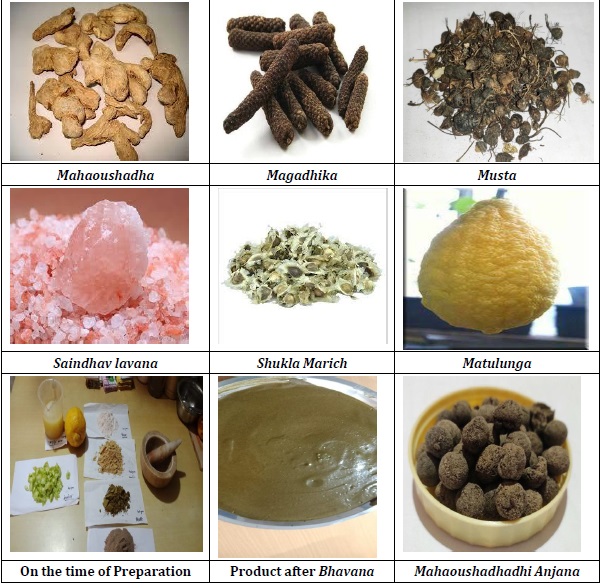 1.
Santosh Kumar Sahu. To Study the Effect of Mahaoushadhadi Anjana in the Management of Pishtak with special reference to Pinguecula. ayush [Internet]. 2022Jul.8 [cited 2022Aug.16];9(3):14-21. Available from: https://ayushdhara.in/index.php/ayushdhara/article/view/957
Download Citation