Establishing the Correct Identity of Jalakumbhi in Ayurveda: A Critical Analysis Based on Various Literatures

Jalakumbhi is an effective Ayurvedic medicinal plant in the indigenous system of medicine which is found abundantly as a spread of a velvety carpet in mushy water bodies. This drug is known to Ayurveda practitioners since the Nighantu Kala. Jalakumbhi mentioned in Ayurvedic classics can be compared to Pistia stratiotes var. cuneata. but it is usually confused with Eichhornia crassipes also known as Pontederia crassipes thus making it controversial. This could be due to various reasons such as documentation defects in the manuscripts, same synonyms, habitat or morphology. All parts of the plant can be utilized for preparation of medicine for various diseases. The plant shows anti-thyroid, diuretic, antipyretic, anti-hemorrhoid, bronchodilator properties as well as can be used in various bleeding disorders in addition to in individuals suffering from emaciation, Sagrahani, Karnapaka, prickly heats etc. Here, an attempt is made to review the various therapeutic properties of Jalakumbhi along with its etymology, morphology and pharmacological aspects. We will also work to review and differentiate the plant which is confused as Jalakumbhi and rule out the reason behind such controversies. Various Ayurvedic and modern texts along with the latest researches have been analyzed and the concept concluded. The study shows both ayurvedic and modern explanation of this aquatic plant thus, giving correlation on the scientific basis of Ayurvedic drug Jalakumbhi and the use of it in various diseases. It will also set strong background for the drug which is mentioned as Jalakumbhi in our sacred compendiums 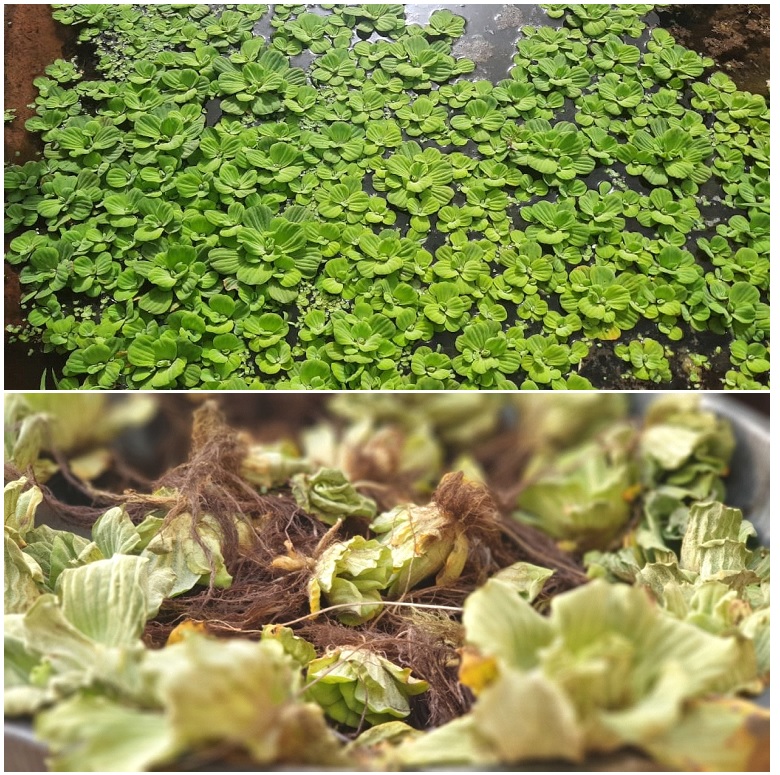